I get quite a bit of email from wineries on the subject of Tweetups. 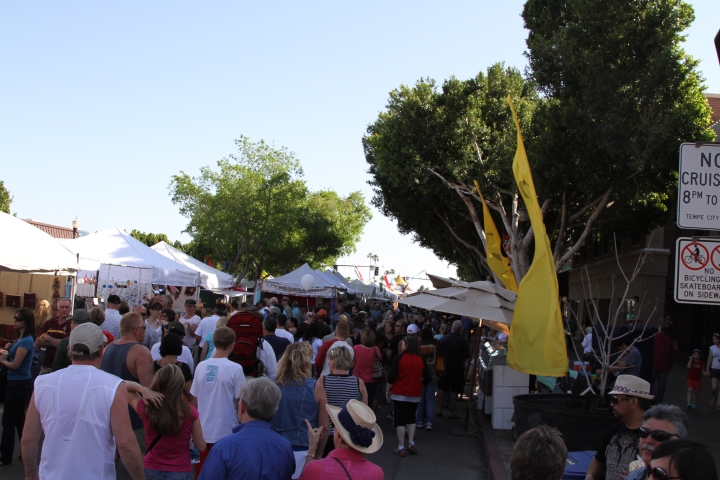 Imagine a Tweetup this big!

I wrote a guest article for Gary Vaynerchuk’s Corkd.com on the subject to touch on the benefits. See the article HERE.  This resulted in a whole bunch more emails with specific questions about the nuts and bolts, the details of how to do the Tweetup thing.  So I put together a quick little reference specifically for wineries based on the email help I provided this weekend.

So step one would be to participate in every #varietal tweetup.  The next BIG BIG event is #Cabernet.  This event is being hosted by Rick Bakas and many well known wineries will be participating.  Wineries like Duckhorn, Cakebread and St Supery.  If Cabernet Sauvignon is (or whatever the next varietal tweetup is)  a wine that you make and have in stock then host a tweetup at the winery.  These events are almost always on a Thursday night, and if your winery is a long way for people to travel don’t expect much more than a few locals to attend, but be sure to email, phone and visit people to promote the fact that you are participating and fun will be going on at your winery or tasting room on that night.  Promote the tweetup on Twitter, Facebook, on your website, on Localwineevents.com and Meetup.com
If the winery does not have the particular varietal you can still participate just by yourself by going to another winery in the area who does make/carry that varietal and tweet from there.  Or you can have a private party and people can bring their own wine to taste and tweet about.

For tweetups intended to promote your specific brand I suggest contacting  via Direct Message (DM)   Twitter “influencers” and invite them to your tweetup. Or get their contact emails from their blogs.  Most prominent Twitter personalities have a blog.  Tell them that their tasting fee will be waived and there will be some complimentary food for them.  In order to be considered an influencer I would suggest a minimum 1,000 followers and a ratio of pretty close to 1:1  People who follow 10,000 people but only have 1,000 followers are not very influential. Also suggest some local accommodations incase they want to stay over night. Then come up with a hashtag# to identify the event and DM the influencers with the hashtag a few weeks in advance.  Do a soft launch tweeting information about the event with the #hashtag.  Then begin to actively promote the event about 2 to 3 weeks in advance. I believe that you don’t want to be tweeting about the event every day for months before it happens, it will be overkill and people will tune it out.  I would send out a tweet several times a week leading up to the event and then just before it I would step it up and then the day before and the day of the event tweet more as the event draws closer and tweet often when the event starts. Tweet about who is at the event, what people are drinking, how many people are there, how much fun it is ect.  ENGAGE with others, don’t just blast out your information.  Thank people for retweeting your message ask them if they will be attending, ask who else will be attending, be enthusiastic!  According to Dan Zarrella most Retweets happen between 10am and 12 midnight on Mondays, Wednesdays, Thursdays and Fridays.  This is apparently Eastern Standard Time, but I believe the same is true no matter what time zone you are in.
Getting back to hosting a tweetup to promote your winery. I would pick 2 or 3 influencers offer them a free tasting and food.  I would also put out a general tweet to all other Twitters and offer some other kind of discount, possibly complimentary cheese plates.  I would do the same on facebook, wineevents and meetup.com. Then when people show up and mention the discount you will be able to track how people heard about the wine tasting and see which form of media is most effective.
another great way to promote events is thru Eventbrite.com

During the Tweetup I would take lots of pictures for your Facebook Page, and videos for your Youtube Channel which you can embed to your website/blog.  I would limit the length of each video to 1-3 minutes maximum.  People have short attention spans.  If you visit my Youtube channel you will see that I don’t always follow the time limit rule, it’s mainly because I don’t feel like it!

One more useful event to participate in on a regular basis is #WIYG.  Barbara Evans @Seattlewinegal came up with the idea.  It stands for Whats In Your Glass.  Most Friday and Saturday nights if you sent her an @ message with the hashtag #WIYG and a photo of what you are drinking, she will Retweet it.

Please email me any questions or feel free to contact the references below: