is providing a unique opportunity to enjoy an intimate family style meal prepared by a high-profile Arizona chef along with wines selected and served by a leading Arizona winemaker. Seven such dinner packages will be auctioned off at The Festival at The Farm on Saturday, Nov. 6.

During the live auction, attendees will have the opportunity to bid on a chance for themselves and five guests to enjoy one of these rare dinners with an Arizona chef and winemaker. The dinner-wine pairing lots being auctioned include:

In addition to these all-star dining experiences, other auction lots include wine getaways, vacation packages and wine tasting experiences.

Tickets to attend The Festival at The Farm are on sale now and can be purchased online for $65.  Click HERE for tickets

All eyes and palates will be on Arizona wines on June 2nd, for Arizona Judgement 2010. Pavle Millic, co-owner of FnB restaurant will be hosting the event. 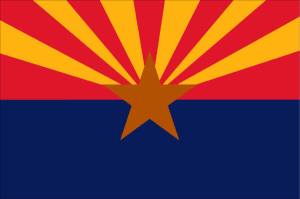 Note:  The event is not open to the public.  FnB can only fit about 35 people, so the event is limited to judges and a few members of the press.  This event is reminiscent of the Judgment of Paris, 1976.  The movie “Bottle Shock” is based on those events.

Here’s how it is going to work:  There will be 5 red and 5 white wines from Arizona going head to head against wines of the world.  It will be a blind tasting, so the judges won’t know which is which.  The Judges will make notes and keep score.  At the end, the wines and results will be revealed.

Who are the  Panelists?

Laura Williamson:   Laura Williamson is one of only 105 people in North America who have earned the title of ‘Master Sommelier and she is one of only 15 women with the title.  Laura is also a Certified Wine Educator.  She is co-owner of Vin Tabla restaurant in Tucson where she manages the wine list.  She also lectures nationally. Check out her Bio at the Court of Master Sommeliers.

Anne Rosenzweig: Anne has earned not one but two elusive and prestigious 3 Star Ratings from the New York Times.  One for each of ear East Side Manhattan restaurants Arcadia and the Lobster Club.  She opened Arcadia in 1985, and the Lobster Club in 1995. Read a little more about Anne in this article from Cuisine Net’s Diner’s Digest.

Mark Tarbell:  Mark is owner of Tarbell’s restaurant on Camelback, as well as the Oven, and the restaurant Home in Colorado.  He is also Arizona Republics wine critic.  Mark’s restaurants have won dozens of awards including Food and Wine’s “Best Restaurant”.  Mark has also been a judge at The Los Angeles International Wine Competition for the past 10 years.

Chris Bianco: Chef at Pizzeria  Bianco, James Beard award-winning chef that is!  Pizzeria Bianco has been rated by the New York Times as one of the best Pizzeria’s in the WORLD!!

Sommelier Journal will be assessing the results and providing final analysis.

I recently emailed Pavle Milic some questions I had about him, and the event:

WWJ: Where are you from, where did you grow up?

Pavle Milic:  Father defected from Communist Yugoslavia (Montenegro) in 1962.  He landed in Colombia, South America where he met my mom and I happened.  I grew up in Queens, New York with a pack of Jews and Italians.  I can say Shabbat Shalom on the weekends, drink grappa and break a leg (someone else’s) all at the same time.

WWJ:  How did you end up in Arizona?

WWJ: How long have you been in the restaurant business?

WWJ:  How did you come up with the Arizona Judgement idea?  Was there an aha! moment?

Pavle Milic:  I have tasted a lot of guests in a blind setting.  Arizona wines have always faired well. When I performed blind tastings before I decided to do the list, guests loved the wine. Now that the wines are on a printed list–assumptions are made, like the wine isn’t good.   If you are judging a wine on balance and quality I think they are great.   I thought, why not have a tasting where we pair AZ juice against other wine regions and see what happens.  So here we are!

WWJ:  You are a very enthusiastic promoter of Arizona wines, why?

Pavle Milic: It felt good. I am not reinventing the wheel. Many restaurants close to wine regions pour the local bounty of the terroir. I figure this was a no-brainer. The idea of pouring local wines was also analogous to the way Charleen(Charleen Badman Co-Owner and head Chef at FnB) sources most of the time. I also felt honored and proud to partake, even at a limited capacity, in the beginning of something special. The folks that I met were passionate, creative, irreverent and true. I remember reading about Napa and its grassroots beginnings and the pioneering spirit of its people. I felt I was rubbing elbows with people whose energy was redolent of times past. I also felt that by pouring these wines I would help the local economy and minimize carbon footprint.  I firmly believe that this is how you build community. You support each other and endorse each other for working hard and making Arizona a great place to live. It is certainly acceptable to look outside of our state for inspiration, but there is so much to be proud of here. If the wines were not balanced and quality driven, I would not have done this. BTW-I love wines from all over the world.